Shopify or WooCommerce Which Is Cheaper

Shopify or Woocommerce which is cheaper to operate.

Dropshipping is becoming the norm for ecommerce stores in 2022.

You’ll hear lots of people saying dropshipping is dead and such like. But the reality is much different.

Dropshipping isn’t the middleman, scammer or get rich quick type of thing. It’s a fulfilment method which almost any business of any size can use to their advantage. In fact, now in 2022 with global warming and industries aiming for net zero carbon emissions, it actually makes more sense to have products dropshipped.

Why have products shipped twice when once is enough!

With all that said let’s continue to discuss which is the cheaper platform for dropshipping, Shopify or Woocommerce.

Without doubt the number one question people will ask when considering dropshipping is “which is the cheapest platform to start dropshipping with”? So, in this article I’ll do my best to answer that question.

First of all, when deciding which platform to go with, the conversation generally starts with the two most well known which are Shopify and the WordPress WooCommerce combination.

Now, It’d be great to simply say which one is cheapest and that’s that. But it’s never so cut and dried. There are a number of other important questions that need to be answered before coming to a final decision and say which is cheapest.

I’ve narrowed it down to the 5 questions I consider the most important for dropshipping beginners.

The Top 5 Questions We Must Answer First.

All right, so let’s jump straight into it.

1 Which Requires The Least Start-up Money – Shopify or WooCommerce?

Now this is kind of debatable. You could argue that WooCommerce requires the least startup money, but for most people, they’re going to find that Shopify will cost them the least to get started.

With Shopify you have two options.

For most users the Shopify basic plan is perfect and if you select the monthly basic plan, you can get started for just $29 then $29 each month thereafter.

You’ll still need to buy a domain name and the easiest solution is to buy it directly through Shopify. Domains purchased through Shopify costs $14.00 per year. In total you can get started with a Shopify store for just $43.

Compare That To WooCommerce.

At first glance WooCommerce should be the cheapest, because it’s free.

WooCommerce is a free WordPress plugin and that’s very popular because it’s free. Everybody loves free. However you still need to get a webhosting account for your store and there’s a monthly fee for that.

There are many great webhosts available for WordPress, however, adding WooCommerce does affect the site performance. Therefore I suggest avoiding the cheapest hosts and go with one of the better hosting companies.

The the hosting platform I use is with Namecheap. The Stellar Plus account is ideal if you’re considering more than one store or website. The Stellar Plus costs $5.88 a month. If you pan annually you can save up to 48% and pay just $2.98.

WordPress still comes out cheaper when comparing the monthly start up costs. With regards to domain names Namecheap domains are also cheaper to buy. You can grab domain names from as little as just $2.

It’s clear that setting up a WordPress WooCommerce store requires the least amount of up front money when compared to Shopify.

Lets move on to question two:

2 Which Will Cost You The Most Over The Long Term – Shopify or WooCommerce?

There is absolutely no contest here.

You are going to save far more money in the long-term with a WooCommerce store.

Even if you opt to pay for hosting annually, you’ll only pay $35.44 in the first year.

Whereas if you do the math, a basic Shopify plan over 12 months is going to cost you $348.

Now you can save money by purchasing a 12 month subscription in advance, but the savings are only 10%, so it’s still going to be costing you $313.

WooCommerce is also the cheapest over the longer term too.

3 Which Is Cheaper For Multiple Stores?

A question that I get asked now and again is, whether you can open more than one store on a Shopify account?

The answer is no you can’t. Each store you open on shopify requires signing up for a separate account and payment plan at $29 per store for the basic plan. For 2 stores you’d be paying a minimum $58 per month.

Now let’s compare that to WooCommerce.

Most people are usually only looking to start a single store. However, with the Namecheap stellar hosting plan you can host unlimited wordpress websites.

Although they offer unlimited websites, having say 100 websites with one shared hosting account will result in poor performance of all the websites.

But, having just 4 or 5 websites on the Namecheap stellar plan would be no problem at all. So 4 or 5 dropship stores hosted for just $35.44 is a no brainer really.

Note; price is not everything.

Yes it’s true price is not everything. There are many more aspects to choosing an ecommerce platform for your dropshipping store. Things like ease of use, design features, SEO performance, additional apps required and so on.

But, if you’re price sensitive then there is no contest.

The WordPress WooCommerce combination is definitely cheaper than Shopify.

4 Which is Easiest For Beginners – Shopify or WooCommerce?

Shopify is by far the easiest for beginners.

Shopify has truly revolutionized the world of eCommerce. They’ve made it incredibly quick and easy for beginners to create ecommerce stores.

It has never been so simple and easy for beginners to create stores.

If you want to create a professional-looking dropshipping site on Shopify in less than an hour, then yes that’s possible. That’s what the gurus want you to know. The reality is that is can take a number of days, even if you have everything organised in advanced.

Now there are many reasons why Shopify is a lot nicer and easy to use, but the main point here is that Shopify was created for the sole purpose of building eCommerce stores and nothing else. It’s a specialized platform optimised for that single purpose.

The first thing you’ll notice is that you need to create a WordPress site before anything else. Once you have WordPress up and running, then you’re ready to install the Woocommerce store on top.

WordPress was originally built to build blog sites and the WooCommerce plugin extends the functionality to create an ecommerce store complete with checkout and customer accounts.

Now whilst you’re getting all this setup you could already be adding products to a Shopify store.

So because of the fact that you’re taking blog software, and now turning it into a eCommerce store, the interface and the menus can be awkward and difficult for beginners to navigate and use.

There will be still lots of blog options, settings and features installed and available which won’t be required for the store. And likewise lots of settings in the store section not needed for the blog.

It can make using WooCommerce confusing and distracting.

The interface is not intuitive and takes a little getting used to.

That’s because of the fact that WordPress was not originally built for eCommerce. Whereas Shopify is streamlined and optimized, and works right out of the box with minimal setup.

Plus with Shopify if you do run into problems you get access to 24/7 support. You can contact Shopify directly through either phone or live chat, and get someone to help you right then and there. The Shopify support is incredible.

With WordPress WooCommerce you’re left to find help for yourself. Either through support forums or professional paid support services. You’re on your own.

After all, it is a free plugin. There’s no one there to hold your hand.

5 Which Has The Best Dropshipping App?

As we mentioned previously dropshipping is more relevant today than it’s ever been. And not just as a get rich quick scheme but as a way of streamlining your fulfilment options, saving money, time and effort.

There are a number of great dropshipping apps for both Shopify and WooCommerce. However, we’re only going to discuss the two most popular apps.

The 2 Most Popular Dropshipping Apps

Both apps work in very similar ways and in terms of functionality there’s very little between them.

The biggest difference is in the cost.

Shopify + Oberlo is a good Dropshipping
setup and still worth considering.

– Ease of Use
– Excellent Support
– Not The Cheapest

The Oberlo app is free to use for the first 50 sales. After that there’s a monthly fee of $29 to pay every month. Over the course of the year that adds up to a total of $348. If you add to that 12 months of shopify subscriptions which is also $348 then the first year is going to cost $696 + domain fees.

Note that you’ll have to pay these fees every year on shopify.

WordPress + Alidropship is a The Cheapest
Dropshipping Setup and highly recommended.

The Alidropship plugin for wordpress is a one time fee of $89 and that’s it. They do offer additional extras like hosting and setup for an extra $48. The hosting is a recurring annual fee.

So if we add all that up the first year using Alidropship with their hosting package and 700 product imports will cost a total of $256.

Moving forward you’ll only have to pay the $48 hosting renewal each year and possibly more product imports although that’s unlikely for most stores.

So there you have it. WordPress, WooCommerce and Alidropship is the cheapest way to get started with dropshipping. It’s also the cheapest to run over the longer term too.

Both platforms and apps have a wide using base that’s been full tested by real users over many years. Both have been perfected and work extremely well with minimal glitches.

Yes, WooCommerce AliDropship wins this hands down without doubt.

However, some of us require more than a cheap solution. Some of us will need extra support or an easier setup and daily management of the site. That extra support and ease of use comes at a price. So if you’re not willing to learn more and support yourself then Shopify would be the best choice.

If you’re already familiar with wordpress then adding WooCommerce and Alidropship won’t be too much of a hurdle and I’d suggest sticking with the wordpress route.

If you’re happy to add products manually then take a look at our list 155 Of The Best Dropshipping Websites.

Having started a dropshipping store in 2010 I became hooked. The speed and ease of creating ecommerce stores never ceases to amaze me. This blog is my small attempt to help newcomers become successful through dropshipping. 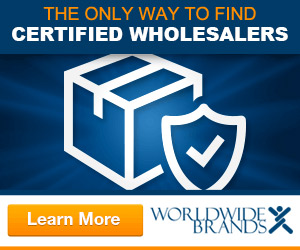